Hi there!  How many blogs do you think have used that as their title over the past couple of days? Probably too many to count, but seeing as I have been up most of the night with a sick boy who thought the only way to make himself feel better and get to sleep was to kick me repeatedly, I didn't feel the need to be too creative with my title.  He says he is feeling better, but we are still taking it easy today with steady doses of movies and unlimited juice refills.  Yesterday though, was glorious!  The windows were open.  The birds were chirping.  Spring had arrived.  I have been changing things up as normal and yesterday the final pieces were ready for a simple, springy mantle. 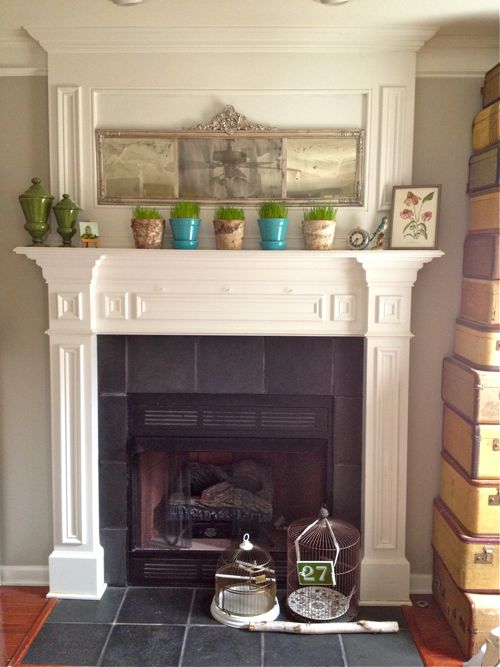 We have a boring gas fireplace. I really want to rip out the ceramic logs and stack some stuff in there.  But since I am not really comfortable just ripping out stuff when it is connected to gas lines, I guess I will leave it. For now. 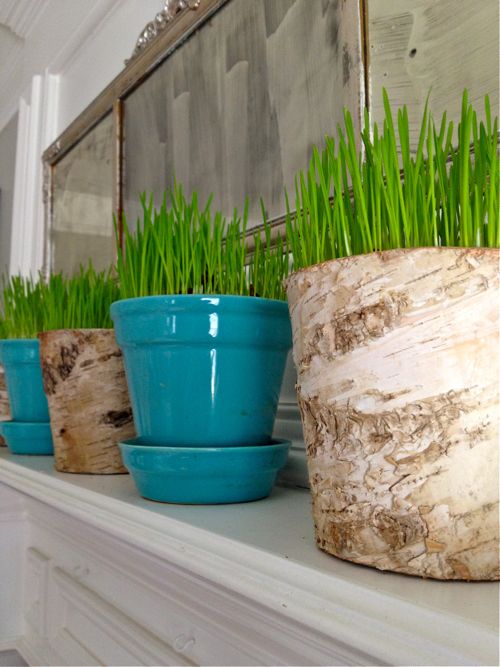 After asking for some plant advice on Facebook and Instagram, I decided to just plant some wheat grass.  I had some.  It is easy to grow and I know it won't last so I don't feel terrible about killing it.  Plus, it is just so darn cheerful and springy.  The boy helped me plant this last week and it sprouted in about 4 days. 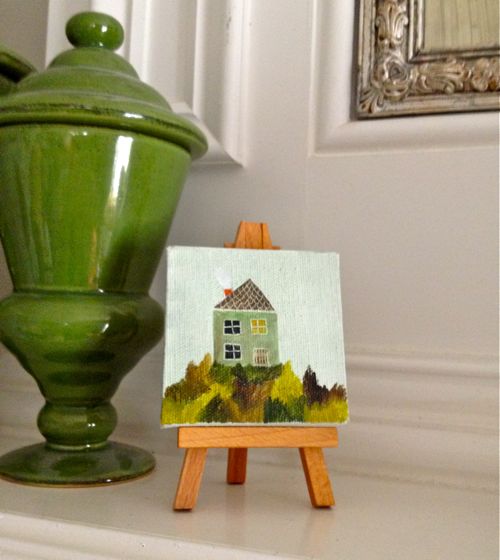 This little painting makes me so happy.  The vases/ urns are a find from an antique store several years ago.  They constantly make the cut when I am editing and purging. 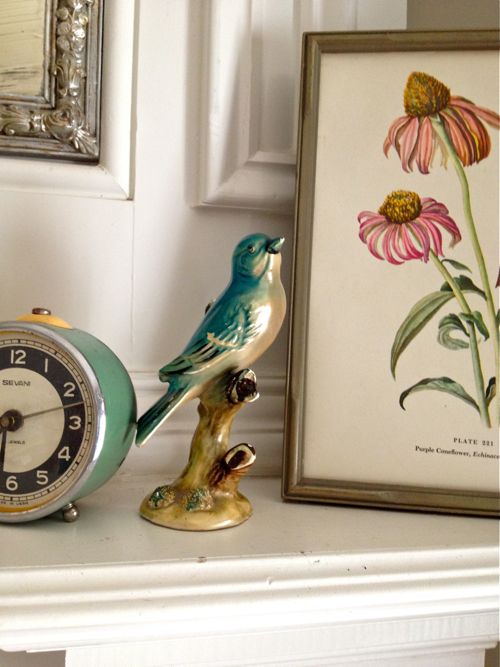 I could have sold this little bird that I had in the photo booth at the store several times.  But, it is one of those quirky pieces that I couldn't let go.  I love the color and the pearly type finish. I almost bought another this past weekend that was sweet too, but there was something that held me back.  Maybe I don't want to have a flock.  Maybe one is enough in this case.  I am slightly remorseful that I didn't pick it up.  I will get over it though.  Maybe.

We went hunting for pleasure this weekend.  Which means, we didn't haul the trailer.  We took my car and still packed it full.  I came home with what I was looking for and it was a great day out.  Something when you hunt constantly, it can be such a bummer to come home with an empty trailer.  Of course, this time we came across some *stuff* that I would have loved to bring home  to stock my booth if we would have had more space.  I still came home with some sweet smaller finds that will be in my etsy shop soon or at my booth in Franklin.

I think a nap is in order soon.  Hopefully a kick free nap *wink*